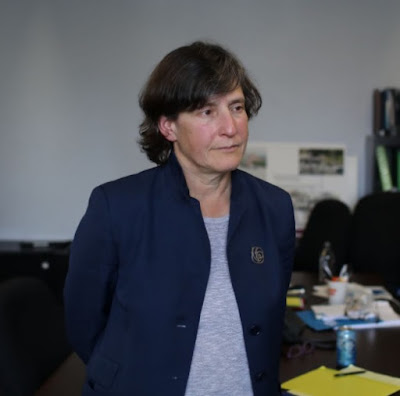 By Ben Chapman and Katie Honan

Elizabeth Glazer announced her resignation as director of the Mayor’s Office of Criminal Justice in an email to staff early Wednesday. New York Police Department Chief of Patrol Fausto Pichardo, who was appointed to the role in January, put in his resignation papers late Tuesday.

“There was one thing I needed to talk through with him where I think there was some miscommunication, but he and I have talked dozens and dozens of times and had no problem communicating and working through things,” Mr. de Blasio said. “It is unusual, obviously—someone who had a very bright future ahead, but he’s making a decision for family reasons.”

Police Commissioner Dermot Shea said in a television interview that he and others had tried unsuccessfully to persuade Chief Pichardo to stay. The patrol chief’s last day will be in November, according to officials.

Chief Pichardo, 43 years old, is the first Dominican-American to reach his high-ranking position in the NYPD, and he often appeared at public events with Messrs. Shea and de Blasio.

Police officials said that Chief Pichardo offered his resignation after being summoned to City Hall for questioning by Mr. de Blasio after missing calls from the mayor while working overtime in the field.

Ms. Glazer is expected to remain on the job until the end of October, according to officials at the Mayor’s Office of Criminal Justice. Ms. Glazer declined to comment.

A longtime adviser to Mr. de Blasio, she created some of the nation’s most aggressive criminal-justice overhauls in New York City, including a plan to close the Rikers Island jail complex and replace it with four neighborhood jails.

Part of that plan was dealt a legal blow last month after a Manhattan judge nullified necessary land-use approvals to build a neighborhood jail in Chinatown in Manhattan, citing a number of issues including the city’s efforts to collect community input and address potential health concerns in the planned development.

Her departure  followed those of other high-ranking officials who recently left city posts, including Oxiris Barbot, the former health commissioner, and Allison Hirsch, who was an adviser to the mayor.

Write to Ben Chapman at Ben.Chapman@wsj.com and Katie Honan at Katie.Honan@wsj.com

Posted by Betsy Combier at 7:23 AM