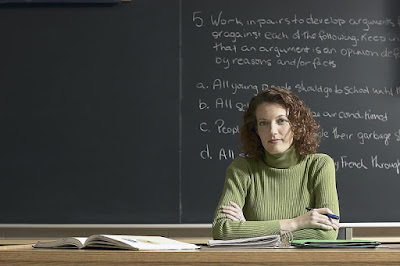 As charters train teachers their own way, the floundering establishment fights back.

At about the same time that the CREDO report was released, New York City’s United Federation of Teachers and the New York State United Teachers filed a lawsuit claiming that proposed new standards, which allow charter schools to certify their own teachers, will water down the quality of the schools’ educators. The suggested changes, authorized by the State University of New York’s charter school committee, suggest that teachers could be certified after 160 hours of classroom instruction and 40 hours of teaching practice, rather than going through the seemingly endless process required of TPS teachers, who ultimately must earn a master’s degree to teach in New York.

The value, if any, of a master’s degree on teacher quality, is minimal—as I can attest, from my own experience in education school. “Paying teachers on the basis of master’s degrees is equivalent to paying them based on hair color,” Harvard researcher Tom Kane maintains. The progressive Center for American Progress reports that teachers with master’s degrees “are no more effective, on average, than their counterparts without master’s degrees.”

New York’s charter proponents want to change the standards in part because many schools are short on teachers and because they believe that they can train teachers better than traditional education schools can. New York City TPS are also facing a teacher shortage, it turns out, but their solution, courtesy of Mayor Bill de Blasio and school chief Carmen Fariña, is to draw on the so-called Absent Teacher Reserve (ATR)—800 or so teachers from schools that closed or whose jobs may have been eliminated. Many of these reservists are inept, have checkered pasts, and have sat idle for years because no principal wants to hire them—but firing them is next to impossible because of their powerful union. So they do no teaching but still collect their paychecks and get yearly raises. Now the city is in the process of reinstating them, and principals have little say about it. Worse, many of these unwanted teachers will be placed in low-performing schools, where they will instruct the at-risk kids who can least afford their incompetence.

The New York Times profiles a few unfireable teachers who will soon have regular assignments. In her last permanent job, one unnamed science teacher did not bother to enter her students’ grades regularly. She gave one student in her earth-science class a grade of 83 percent, though the student never came to school. Administrators observing her classes often found students talking, listening to music on headphones, or sleeping. Francis Blake, who worked in a Bronx elementary school, was disciplined for poor performance, insubordination, and neglect of duties. He had been caught sleeping in a classroom when he was supposed to be helping with school dismissal. Felicia Alterescu, a special-education teacher, has been without a permanent position since 2010. She received a string of unsatisfactory ratings, was disciplined for calling in sick when she was attending a family reunion, and had been arrested on harassment charges. Both Blake and Alterescu earn salaries at the top of the pay scale—$113,762 a year—despite not working. But paying them not to teach is preferable to subjecting innocent children to their influence in the classroom.

Consider the contrast: while teachers’ unions try to stifle a non-traditional charter school certification program, hundreds of ATR teachers trained the old-fashioned way are about to flood the public school system. Their students won’t be impressed with their masters’ degrees.

Larry Sand, a retired teacher, is president of the California Teachers Empowerment Network and a contributor to City Journal’s book, The Beholden State: California’s Lost Promise and How to Recapture It.

Posted by Betsy Combier at 9:51 AM No comments: