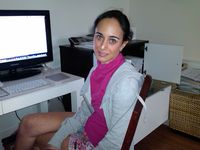 Remember, program goals and services are still mandated.  Parents’ rights have not changed.  The one thing the DOE is saying that advocates and savvy parents have always said for years is to develop meaningful IEPs. Agree on the goals; without meaningful goals, you can't plan for the most appropriate services and programs.  Then work with the school to decide what programs and services they can deliver to ensure your child makes adequate progress and meets those goals.  Don't agree if you are not confident or in full agreement that they will implement the services and/or program.  Take one year at a time, it is reasonable to think that that your child who is in full time ICT in 4th grade may not need a full time ICT program in middle school.
Ultimately, schools that are successful in educating students with disabilities inclusively have a culture that supports it: a culture of high expectations for all students, hard work and problem-solving in a supportive environment for staff and open communication with all parents.  -- Jaye Bea Smalley
Posted by Betsy Combier at 10:01 PM No comments: