re-posted from the New York Times and Parentadvocates.org: 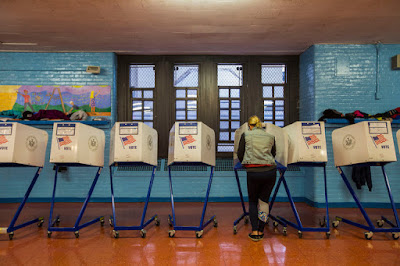 The Justice Department has notified New York State officials that it may sue the state over what it says are widespread failures to comply with a provision of federal voter registration law that requires state drivers’ license applications to double as applications for voter registration, according to a letter obtained by The New York Times.

At D.M.V. offices throughout the state, a Justice Department investigation found, drivers’ license applications do not also serve as voter registration forms unless applicants request it, and the option is sometimes closed even to those who make a request.

The letter said that even among D.M.V. offices that allow voter registration, some do not pass registration forms to election officials in the time required by law. That finding echoes those described by the office of the state attorney general, Eric T. Schneiderman, in a report on voting issues surrounding the 2016 presidential primary.

Applications to renew drivers’ licenses online are also supposed to automatically serve as voter registration applications, the letter said, but they do not. When drivers submit a change of address to the D.M.V. online, that notification is also required to function as a change of address submission for voter registration, but in New York, the letter said, it does not.

Joe Morrissey, a spokesman for the D.M.V., said: “State laws and policies clearly require auto-combining of drivers’ license applications and voter registration applications. D.M.V. looks forward to speaking with D.O.J. to determine what, if any, concerns exist.”

The letter to the D.M.V. arrived a few days before the Justice Department asked to join a lawsuit over what it said were dysfunctional registration procedures at the New York City Board of Elections, which has been accused of mistakenly dropping more than 117,000 eligible Brooklyn voters from the registration rolls before the 2016 primary.

Last week, Gov. Andrew M. Cuomo announced a series of proposals that he said would reform how New Yorkers vote, including instituting early voting along with automatic and same-day registration.
Posted by Betsy Combier at 11:56 AM No comments: