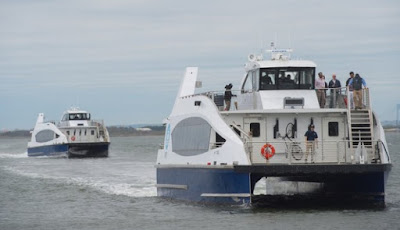 NYC (as well as the rest of the United States) is being burned, mobs are creating anarchy, and the ruins are buried so that historical documents, monuments, ideas, and people are obliterated. The goal? To make sure that future generations of children of any color, race or creed will never know, hear, or read about our history of challenges in obtaining "Equality For All".

The Civil War will be in the history books, of course, but the Declaration of Independence will be changed so that the word "men" will be changed to "People", and excuses will be made for leaders such as Thomas Jefferson, who was a slave owner. Evidently, according to the Cancel Culture mob he wasn't a great guy after all.

I abhor the public shaming of people for little or no reason. If someone is spreading hate and defaming a person because of their speech, race, religion, or whatever, call them out on it, give details, and say why you think this person should apologize and stop what they are doing. Put your name on it. The internet is very powerful. The person who wants to stop someone's speech should say so, with their name and reasons. This is before the alleged "bad" person's house has been burned down, killed, his/her family destroyed, etc.

And NYC Mayor Bill de Blasio is going along with this, or so he wants the cancel culture mob to believe. But de Blasio's budget shows another side.

I am no fan of Bill De Blasio, as seen by all who read this blog or any of my other blogs and websites. If you disagree, send in a comment and I will publish it, with your name. I do not publish any comments without a name attached unless asked to do so by the sender with reasons for concern. I never publish a person's name who asks that I not do so. Your opinion matters. But so does mine.

Below are posts with more of the hypocrisy of the Mayor who has now defunded the Fair Fares program to the tune of $65 million in favor of the predominantly white commuters who use the ferries to get to work.

See some of Bill's other decisions:


Our politicians are slow learners: School approaches, and parents are left on their own

What do you think?

A pair of small choices in Mayor Bill de Blasio’s new budget tells a lot about his true priorities — or, at least, his refusal to let facts stand in his way.

The mayor managed to cut $65 million in funding for the Fair Fares program, which lets low-income New Yorkers get 50 percent discounts on MetroCards. That helped him protect his beloved East River ferry system — which serves mainly higher-income folks.
A survey of over 5,000 ferry riders, done last year by the city’s Economic Development Corp., found that they’re mostly white, wealthy and come from waterfront neighborhoods. Just 36 percent are people of color, while 65 percent make over $75,000 per year, the survey found. It showed that most use the service for leisure trips, not to commute.
Over the objections of city Comptroller Scott Stringer, de Blasio this year dumped $62 million on eight new ferry boats — that is, just about what he’s now cut from Fair Fares. In all, the waterborne white elephant gets $637 million in the new budget.
The mayor insists the ferry system is all about “equity” and “access” — but that’s entirely in his imagination, even more so than the rest of his “progressive” agenda.
See some of Bill's other decisions:

Mayor Bill hides his records, investigations, and fires challengers
Posted by Betsy Combier at 7:18 AM